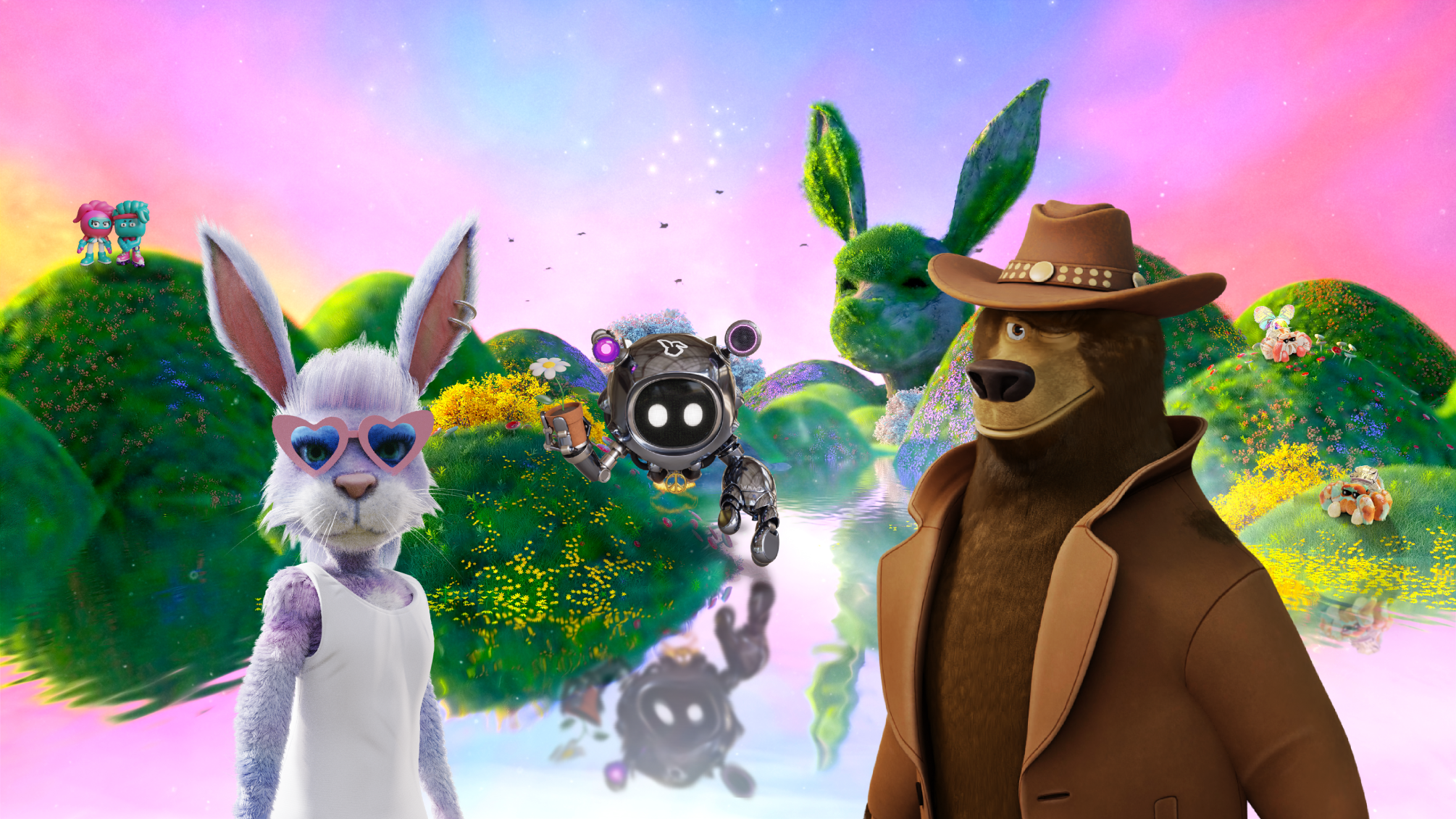 FLUF World & Ripple Unveil The Root Network, The Foundation of “The Open Metaverse”

AUCKLAND, NZ & SAN FRANCISCO, US (June 17, 2022) – Today, Ripple, the leader in enterprise blockchain and crypto solutions, and FLUF World, a pioneer in 3D-enabled, content-rich NFT collections and experiences, announce an unprecedented partnership to bring to life “The Open Metaverse'' via the new decentralized blockchain network, The Root Network. The Root Network brings together best-of-breed components from the Web3 community with a deliberate focus on the user experience, which is why it will be built alongside the blockchain best suited to enable settlement and liquidity of tokenized assets at scale – the XRP Ledger (XRPL). XRPL will play a critical role in The Root Network by setting the standard for NFT functionality and utilizing XRP as the default digital asset for transaction activity in the network's multi token gas economy.

FLUF World has built and implemented a set of tools at the infrastructure, protocol, content and application layer that are architected with user experience in mind, and fully integrated to ensure interoperability. Over this infrastructure, a rich content layer creates powerful community network effects and a robust metaverse ecosystem with 14 collections and counting, over 195,000 NFTs minted and over 340,000 transactions. FLUF World includes the popular NFT collections of Flufs, Party Bears, Thingies, Burrows, Eggs and Rayguns along with the Seekers, Altered State Machine and the AIFA All-Stars.

The team behind FLUF World has led the conversation around “The Open Metaverse,” an approach that shapes the best practices, values and technological architecture needed to build the new interoperable world of Web3; a path to a digital world where boundaries between user experience silos are broken down and worlds and experiences become interoperable. At the heart of The Open Metaverse, FLUF World has architected The Root Network.

The Open Metaverse is grounded in two principles:

“The Root Network is the culmination of 5 years of strategy, research and development to create the foundation for open and scalable Metaverse infrastructure,” says Aaron McDonald Co-Founder of FLUF World. “Partnering with the Ripple team on The Root Network opens a whole new world of possibilities for our community and theirs. We are excited about how we can further extend the utility of XRP as the default gas token of this Metaverse network while bringing the capabilities of the Root Network and the Open Metaverse through XRPL’s substantial global infrastructure footprint to developers.”

”We are thrilled for Ripple to partner with FLUF World on the exciting project of The Open Metaverse. For nearly 10 years, the XRP Ledger has served as the best-in-class capabilities for settlement and liquidity of any tokenized asset, from currencies to collectibles. The partnership is a testament to the robustness of the XRP Ledger to support a metaverse project of this scale,” said Monica Long, GM of Ripple.

The Root Network will give any creator access to common smart contract functionality without having to write or deploy contracts themselves and also means that code previously written for Ethereum can now run natively on the Root Network through Ethereum Virtual Machine (EVM) compatibility. Root’s integrated runtimes for Non-Fungible Assets, Gas Economy, Fungible Assets, Decentralized Exchange, Oracles and more, will provide the ingredients for creators to build applications and content with a simple onboarding experience without being a smart contract developer.

The Root Network natively supports asset bridges to the XRPL network and the ETH network as well as support for the XRPL NFT standard being introduced. This connects The Root Network to two of the largest Web3 communities and extends for the first time new smart contract features, as well as access to NFTs to the XRP Ledger community.

FLUF World was architected and created by Non-Fungible Labs, a Web3 dream factory based in Auckland, New Zealand with a mission to empower everyday creatives in the development of The Open Metaverse. FLUF World is a metaverse ecosystem of NFT character collectables and a global, creative community that includes the popular NFT collections of Flufs, Party Bears, Thingies, Burrows, Eggs and Rayguns. FLUF World has built and partnered with a set of tools at the infrastructure, protocol, content and application layer that are built with user experience in mind, and fully integrated to ensure interoperability. Follow FLUF World on Twitter and Instagram. Follow Non-Fungible Labs on Twitter and Instagram.

Ripple is a crypto solutions company that transforms how the world moves, manages and tokenizes value. Ripple’s business solutions are faster, more transparent, and more cost effective - solving inefficiencies that have long defined the status quo. And together with partners and the larger developer community, we identify use cases where crypto technology will inspire new business models and create opportunity for more people. With every solution, we’re realizing a more sustainable global economy and planet - increasing access to inclusive and scalable financial systems while leveraging carbon neutral blockchain technology and a green digital asset, XRP. This is how we deliver on our mission to build crypto solutions for a world without economic borders.