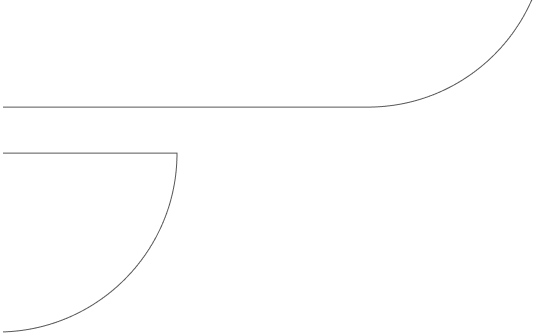 The core elements of the Futureverse include a new blockchain network - The Root Network, an identity protocol, artificial intelligence platform, a communication protocol, payments rails and character creator technology. With the Futureverse merger, we combined the core elements necessary to create the foundation of any metaverse application. With user safety and user experience at its heart, Futureverse aims to lead the world in onboarding the next generation of Open Metaverse users, all collectively building and creating the future together. Over this infrastructure, a rich content layer creates powerful community network effects.

What is The Root Network?

The Root Network is a public decentralized blockchain network optimized for Metaverse and game-fi applications. It is the core blockchain infrastructure for the Futureverse ecosystem and is specifically designed to provide a seamless onboarding experience for new Web3 users.

How is The Root Network launching?

The Root Network is launching over multiple phases:

What is included in Phase One?

‍Phase One of The Root Network includes four core elements:

Custom runtimes: Runtime modules provide an accessible and fast onboarding experience by providing Plug’n’Play blockchain functionalities. Developers can use any or all of our prebuilt core components which sit in The Root Network runtime. Phase One includes the following runtimes:

‍Substrate Core: The Root Network has been built using Substrate’s framework. This gives us access to a great developer community alongside customisable runtime technology.

Ethereum Virtual Machine support for smart contracts: Smart contract functionality is provided through our EVM, which enables contracts written in Solidity to be read and executed on The Root Network. It also means developers can easily transfer their contracts and DApps from Ethereum. However, many developers may simply choose to use our standard runtimes, such as the NFT runtime, rather than have to go through the process of deploying their own smart contract.

Liquidity and asset bridges: The Root Network natively supports two-way asset bridges through its general-purpose bridging runtime. Phase One will include the following bridges:

Phase One also provides a basic explorer for you to check out the network activity. The production user interfaces will launch in Beta phase two. For most users, the interfaces to The Root Network will be integrated into the Futureverse applications and worlds to provide a more immersive experience. Simple developer interfaces, like the ones you’d normally see in web3, will also exist for testing purposes.

The Next Legends’ assets are the first genesis asset to be minted with our new DOT character creator system and will be compatible with the technology and game economy that will run on The Root Network. The first $ROOT challenge is available to those that mint a Pro Pack from The Next Legends. The challenge will be to transfer it to The Root Network via the NFT bridge (once it's live) to collect $ROOT tokens. More details to come on this after the launch.

The Next Legends mint will also use our new wallet scoring mechanics; these analytics are part of what we will use to determine the Mycelium token airdrop for Flufworld asset holders when we enable the claim after Mycelium is live. You will be collecting $ROOT for helping us to test these systems.

Phase One is just the start of the journey to deliver The Root Network and the Futureverse vision. From October 1 we encourage our community to get involved in testing the Alpha network and providing as much feedback as possible. However, it's important to remember that this is still an Alpha phase. It is possible that the network may need resetting, which means users need to be careful.

To learn more about The Root Network’s components check out our growing library of resources on Gitbook.

How do I get involved with testing?

We will be issuing challenges for the community as we move forward. Stay tuned to Futureverse’s social channels for the latest details on those challenges and how you can collect more $ROOT.

What is the role of XRP within The Root Network?

GAS spent in The Root Network is distributed to block producers; the default GAS token in our multi-token gas economy is XRP. However our multitoken gas fee economy means you can bring popular tokens with you and use those. Having XRP as a base reward provides validators with instant value in a highly liquid token for producing blocks.

What do I do with the $ROOT token?

The $ROOT token will be used to help us test and bootstrap elements of the network, content and Futureverse applications.

How do I collect $ROOT?

The $ROOT token will be used as a reward to encourage the community to help test The Root Network. The first $ROOT challenge is available to those that mint a Pro Pack from The Next Legends. The challenge will be to transfer it to The Root Network via the NFT bridge (once it is live) to collect $ROOT tokens. More details to come on this after the launch.

When will projects start using The Root Network?

All projects currently underway within the wider Futureverse ecosystem are being developed for The Root Network. These projects will begin to be rolled out onto The Root Network mainnet beginning in November 2022.

What's the difference between The Root Network and Futureverse?

The Futureverse is an open Metaverse ecosystem of projects that aim to provide the tools, infrastructure and world-class content required to build a true open metaverse.

What is The Root Network?

The Root Network is a decentralized blockchain network optimized for Metaverse and game-fi applications. It is the core blockchain infrastructure for the Futureverse ecosystem and is specifically designed to provide a seamless onboarding experience for new Web3 users.